(aka Donostia, in Basque) has become one of the culinary capitals of Spain. It has a rich turbulent early history which finally gave way in the later 1800s and became a summer resort for royalty and many other well-known figures. Also during this time, the phenomenon of Basque gastronomical societies (txoko in Basque) came into being with the oldest mention of one being in 1870. The gastronomic evolution was influenced by great products from both the land and the sea and the influence of many diverse cultures throughout its history. Today it is a very popular resort town and renowned for its Basque cuisine. 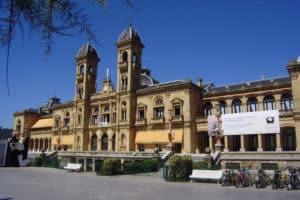 Foodie life in San Sebastian is present everywhere. The variety ranges from Michelin star restaurants by chefs recognized worldwide, such as Arzak or Mugaritz to more modest establishments where locals eat every day. It has more Michelin starred restaurants per square foot than any other city in the world.

Tasty snacks similar to tapas called pintxos (pinchos) are the best example of combining high-quality ingredients and a respect for tradition. In 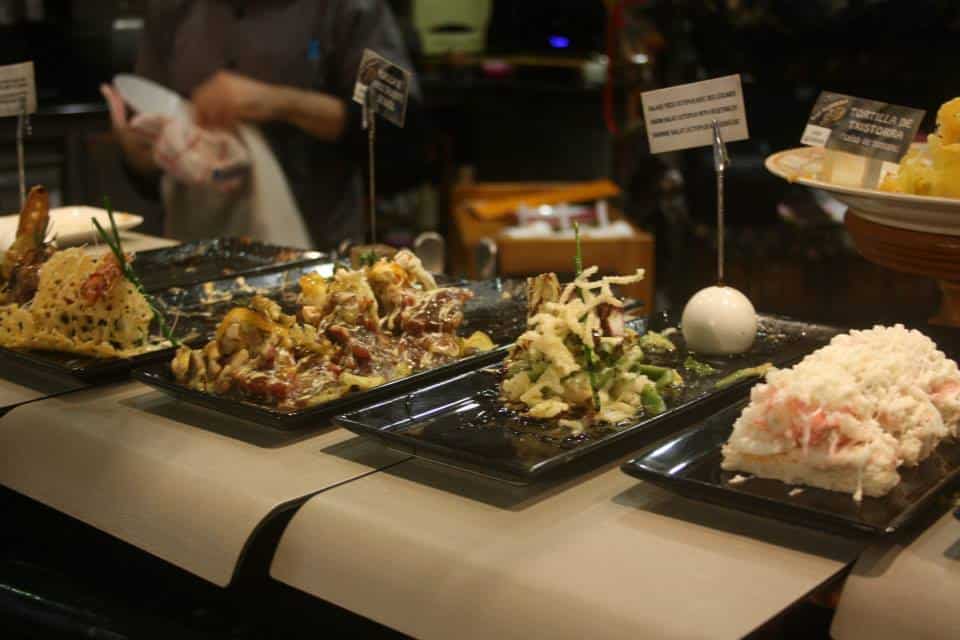 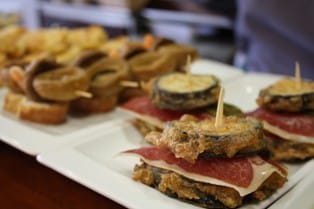 many neighborhoods there are a lot of bars where locals will relax and enjoying pintxos. Each bar offers a different variety. One of the fun things to do is a progressive meal, going from bar to bar sampling the different pintxos and drinks that each one offers.

Another unique expression of high-quality food in everyday life are the lesser known Gastronomy Clubs (Sociedad Gastronómica, in Spanish). These are one of the hidden secrets of San Sebastian’s culinary culture. Unlike pintxos or Michelin star restaurants, it is quite difficult for visitors to access them. The reason for that is that the Gastronomy Clubs are open only to members and their guests.

Originally Gastronomy Clubs or txokos (tsokos) were private clubs where only men used to cook for themselves and later eat together enjoying the company of friends. The membership could be inherited from father to son or bought if the candidate had the approval of all the members of the clu 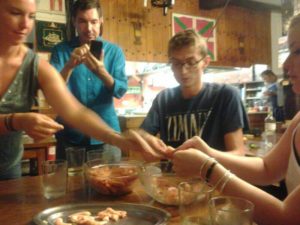 b. Today, San Sebastian has over 100 of these clubs. Some adhere to the old traditions of not permitting women in the kitchens or as members while others have a more modern view and are allowing women in.

The development of these gastronomy clubs has had a significant impact on Basque cuisine. Many traditional dishes, which would otherwise have died out, have been rescued or resurrected by the members.

Each club has an open kitchen, many tables, and the emphasis is on high-quality ingredients. These clubs are a place where the members come together to cook, experiment and socialize. Most likely, if you are Basque and you want to invite your friends to lunch, you won’t take them to your house you’ll go to the Gastronomy C 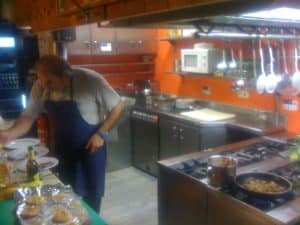 Our friends at San Sebastian Urban Adventures offer tours of San Sebastian. You’ll experience the rich culture, beautiful architecture and foods that make it truly a culinary hub. They also take you to the Parte Vieja (Old Town) which is the traditional core area of the city. Here you’ll experience a meal at a Sociedad Gastronomica that dates back almost 90 years and still keeps the old rules and traditions. The cook is a professional chef and member. He happily shares his knowledge of Basque cuisine, ingredients and the preparation of traditional dishes. Each visitor will get to experience the meal that has bee uniquely prepared just for the group.  The kitchen is open, so the visitors will see how the food is being cooked and sometimes you’ll also be able to help.

It’s a great opportunity to learn about the riches that San Sebastian has to offer, the gastronomic history, the Basque culture and beautiful scenery that awaits each visitor. It’s truly an amazing place for any foodie to experience.